Note: This Chrome issue happened almost a year ago now but I never got around to writing it up; better late than never.

The story begins with a chat page we develop at work. We started receiving customer reports that writing a message was painfully slow, even on a beefy machine.

The chat page was known to have existing performance issues, mainly around short polling causing a lot of re-renders, so I assumed the issue was going to be a JS related performance bug.

I reproduced the issue and determined it was Chrome specific – the performance was so bad the chat was unusable.

I had some initial assumptions of what the cause might be: either the aforementioned polling or the text area’s event handler being slow. I disabled the polling and swapped out the text area component for a plain <textarea/> without any JS hooked up, but the performance issue remained.

With my hunches exhausted, it was time for the profilers.

The React profiler didn’t indicate anything being slow so I gave the Chrome dev tools performance tab a shot and everything became clear.

Meanwhile Firefox was spending 10ms in layout for the same page: 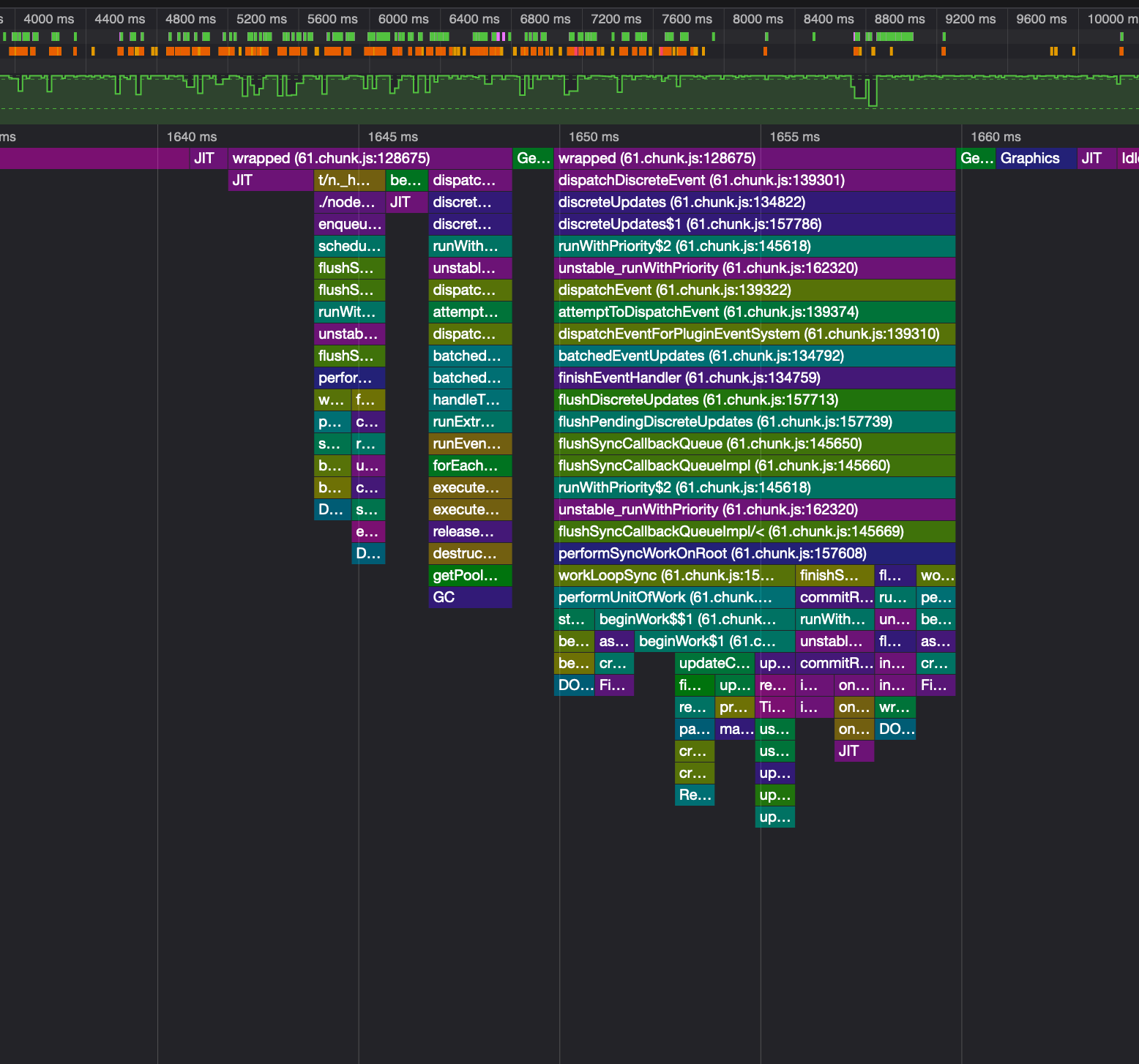 So layout was taking a while, but to figure out the cause I needed a minimal reproducible example. I removed all the JS and most of the CSS and HTML from the page, leaving me 8K of HTML with CSS inlined via a <style/> tag.

The minimal example no longer felt slow when typing, but there was still a dramatic difference when comparing the layout speeds in Chrome and Firefox via their respective profilers.

I filed a bug with Chrome, but we can’t just wait for the browser to release a fix, so I ended up fiddling with the CSS until I had a workaround that kept the same design without hitting the perf bug.

Code change was minimal, removing a height: 100% property from the CSS did the trick.

How could we have avoided the issue?

e2e test probably wouldn’t work because they’re usual stuck to some older browser version and don’t typically measure how long it takes to type in a specific input.

Instead of being preventative we could try being reactive. If we had a performance monitoring tool reporting on extra long key presses, we could alert on regressions.

Having a gut feeling about what’s causing a bug is useful, but keep in mind the tools at your disposal, the browser dev tools in particular are quite powerful.

Also workarounds are often quicker than waiting on a third party. The Chrome issue I reported wasn’t fixed until 2 months later on July 28, 2020.